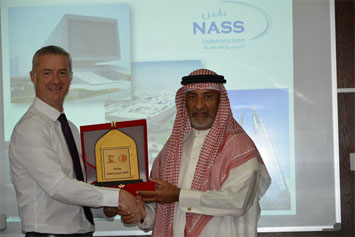 Manama, Kingdom of Bahrain
Nass Contracting; one of Nass Corporation BSC companies and the preferred contractor in the kingdom, is supporting the upcoming 10th King Hamad Trophy Golf Championship (KHT) which is organised by The Bahrain Golf Association.
The championship will be held in The Royal Golf Club, between 16th 19th November 2017 and is open to professional and amateur golfers to get the chance to defeat the defending champion, former European Tour player Andrew Marshall.

Mr. David Anthony, General Manager of Nass Contracting expressed his enthusiasm to be part of this event by saying: “We extend our gratitude to His Majesty for this great initiative which puts the Kingdom on the international Golf sports map. We are delighted to be part of this achievement as a Gold Sponsor, we look forward to this event annually”.

Worth mentioning, The King Hamad Trophy Golf Championship offers prizes worth over $23,000 and attracts many talented amateurs and professional regional and international golfers. More than 100 golfers representing their countries from all over the world will compete in this prestigious annual event. 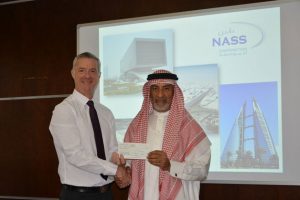