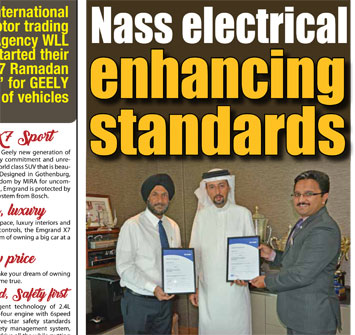 Quality and Safety is our Priority

TÜV NORD Middle East conducted the audit at Nass Electrical and issued the certifications for the provision of electrical works for residential, commercial, industrial, distribution and transmission sectors for a period of four years. The new ISO and OHSAS certificates were conferred to Nass Corporation Director Fawzi Nass by TÜV NORD Middle East Country Manager Godly Mathew George at the NASS Head office in Mina Salman.

Nass Electrical originally established in 1981 is a pioneer in all kinds of electrical contracting works and offers a comprehensive service from design and supply, to installation and commissioning, for a wide range of commercial and industrial projects. The company is also a Grade 1 registered contractor by the Electricity Distribution Directorate in the Kingdom of Bahrain.

Nass Electrical is one of the few electrical contractors in Bahrain specialized in the laying of 220/66kV cables and HV/LV cable distribution and joining.

The objective set by the holding company, Nass Corporation B.S.C. is to ensure that all divisions and subsidiaries acquires OHSAS18000/18001 (ISO45001) by 1st of April 2018 and to further enhance the current practice by those who already have it and also to establish behaviour based safety culture throughout the organization. 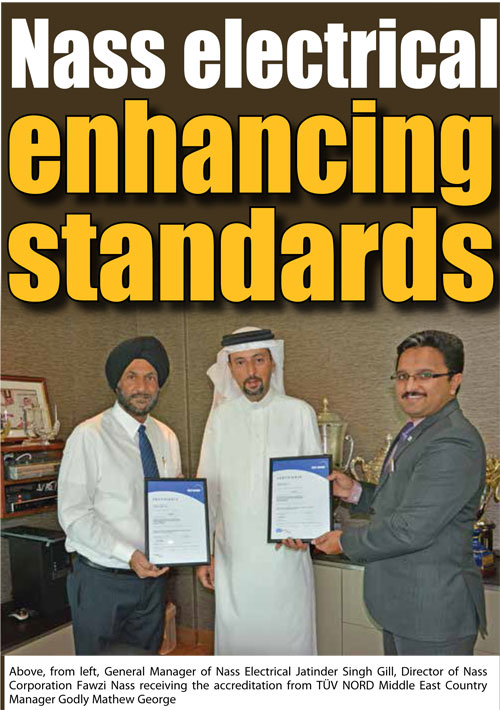