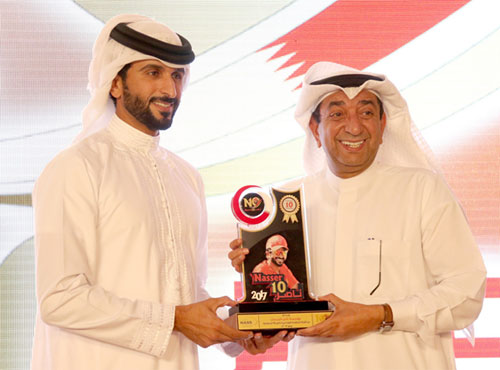 NASS Corporation has supported the Third Edition of the Nasser bin Hamad Ramadan Sports Game “Nasser 10”.
This tournament occurrence was unique, as it marked its 10th anniversary and was celebrated by giving away 10 cars in the final game on June 9th.
Prince Nasser bin Hamad, President of Bahrain Olympic Committee, expressed his great appreciation to NASS Corporation for generously sponsoring his event.

Mr. Sameer Nass, Chairman of NASS Corporation was honoured in a special ceremony that took place last August with a trophy to mark his constant support of activities, which benefit the community and youth.